Girlfriend 'The Eagle' for therapeutic treatment to UCI

Then Tuesday very early 'The Eagle' at about 19:00 my catering establishment stepped inside, I saw immediately his face and the way he threw his cap toward peg something was bothering him. After he sat down at the table for regulars and a "parrot soup," called us Kopstootje, had ordered I asked him if the weather was against him. "No," he replied gruffly, "but I've been last weekend with my new girlfriend to the track cycling World Championships in Apeldoorn, and that pleased me very badly," he snapped at me. "Are you also went to that great cycling event," I asked him. "Do you like old driver may not like all those thousands of visitors enjoyed pure sport." "Of course, but I had my new girlfriend never have to take," he growled. Note; After a marriage of over fifty years was "The Eagle" last summer widower. Recently he has a young girlfriend from Friesland, which is called by my regulars' Sonnema. "The misery began when entering the Omnisport. She really wanted to sit on the terrace, Area 1, between the VIPS, especially for persons with perhaps an award or another medal. She also wanted such a green scarf around her neck and a glass of sherry and tasty snack in hand to watch the cycling. When we finally were seated in the stands was her first remark; "That track is totally impassable, all riders and cyclists will soon fly off the road." She was impressed by the German sprinter Robert Förstemann, chord, but they roared so loud and still in the Frisian his upper legs, shoulders and chest had to kiss everybody was on us to see if we were from Uzbekistan. Grégory Bauge calling them "a nice piece," and Sunday afternoon she spoke at the madison nothing but nice legs and bum. Sir Chris Hoy called them a man with no class. She had at least expected him to honor with bowler hat and ride around and some sprinters were, according to her failed griesmeelpuddingen on a bicycle. When I was in the toilet, she has some say 'Boeddabuik' shouted to a heavily swollen rider from Kyrgyzstan. She figured the spot for any sprinter who was driven home a name that reminded me of extinct mammals.
When Victoria Pendleton by Anna Meares was eliminated, she said that the English at

her breakfast probably the bacon, the White beans in tomato sauce and definitely the black pudding (blood sausage) was forgotten and the appointment of tijdtip her tea with cake had not yet digested. Each participant and participant received her report figures and showed them to everyone. Our national sprinter received a five to a four demarreren for acceleration and eight for behavior and cleanliness. For a sur place no one got enough. Some sprinters were given a nine to look back.
To anyone who would listen, but she said that the UCI commissioners were lightweights, which are plagued by a woman at home with carpet beater and a rolling pin.
He went cumbersome sit on another chair ordered another Kopstootje and continued his monologue. "I was cycling not miss but the forced stay with my girlfriend by my side I'd gladly swapped for a seat next to a real connoisseur.
Now many thought at the stand that I do not have sufficient knowledge cycling.
I did Sunday night on the verge of breaking my relationship but when I saw her standing next to the bed with her perfect body, I changed my mind. I saw her this morning signed up for a therapeutic treatment by the international federation so that the next World Championships in Apeldoorn again, but now as an expert on the stand will take place. 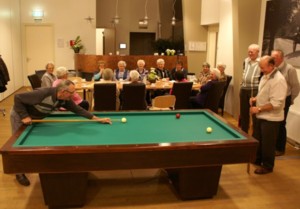 What many may not know is that Runway Guard with his lovely wife a thriving catering establishment called "The sports world" operates south of the large rivers. To my regulars include lots of old road and track riders often accompanied by their still thriving, heavily bejeweled ladies, partners or new friends. The old drivers who "the world of sports' frequent (sometimes frequent) visits date back to the era of Flemish giants like themselves say. Thick bacon necks, with a lot of stomach and buttock, the real hard stoempers, which the West European 'roads' plagued. Genuine pace executioners instead of that skinny males nowadays. Their conversations in the café almost always go on cycling. Because of their age, some try their birthday more than eighty candles to blow out they make great use of their memories but also the actuality almost daily discussed. Then people in the café sometimes heated discussions.

Similarly, last night when I told them I had been to the Omnisport to see the current and future medalists during their training to work and the impressions I had gained there. Homeric laughter befell me. The fact that a Belgian if it is the best cyclist of all time, the official opening of a cycling event which takes place in our country, performed at many old drivers is not in the taste. "We still have drivers that we can be proud," was the opinion of many. What was said about the stroke of genius to Sven Kramer at the last minute to show up for an assistant and Jeroen van de Boom, which is rumored to sing some written specifically for this event love songs is not suitable for publication.

"Do you know that banging a World Cup for the UCI and show off their ladies organized, which run from one banquet to the subsequent reception offered them," said the Flea, which formerly was also a uistekend track cyclist. "I know someone who, when the time of his life is awarded during the World Cup on the road in 2012 to Valkenburg is honored for his two hundred fifty five hundredth reception and dinner visit. This man is nearly fifty years into the breach for the sport, and does so with so much dedication that he has already seen riders or rider in forty years, "said the Eagle, praised very earlier to his climbing abilities, above everything and everyone . "Dejeuneren, dinner, supper, and entertain its know only French terms that such people," added the Insect because his prickly comments by his friends called, still subtly increasing. He uttered those words blameless because he has driven a number of years for a French cycling team and has served after ten years in the Foreign Legion.

I was sad all their statements, have a tour générale poured and left several hours earlier than usual the taproom, leaving my wife with what she always so genteel 'our clients' calls.